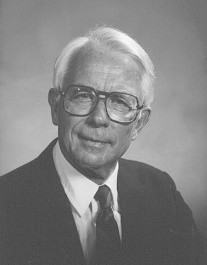 The son of Diedrich H. Kromminga, a pastor and college president (of Grundy College, Grundy Center, Iowa), John Kromminga and his brother Carl both were called to the ministry. John Kromminga graduate from Calvin Seminary in 1942. He served as the pastor of three congregations before accepting an appointment to teach at the seminary in 1952.

A prolific author, among his books are: The Christian Reformed Church, In the Mirror, and All One Body We. Kromminga was appointed to chair in Church History at Seminary in 1952; and its president in 1956. He oversaw the move from the Franklin Campus to the Knollcrest Campus. While on the faculty, he stressed the teaching of students, rather than individual achievements of faculty who might be on the cutting edge of theological research. He also guided the seminary through a series of changes during the 1960s and 1970s, particularly in the composition of Calvin Seminary faculty and adapting the curriculum to the changing needs of candidates for the ministry.